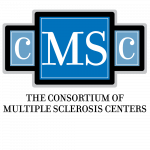 Background: There is limited literature about the frequency of alopecia in people with multiple sclerosis (MS) treated with disease modifying therapies (DMTs) aside from teriflunomide and interferons. We received several reports of hair thinning from patients which warranted further investigation of a large database.
Objectives: To analyze total reports, age distribution, and sex distribution of alopecia associated with FDA approved DMTs.
Methods: We queried the FDA Adverse Event Reporting System (FAERS) and conducted a retrospective analyses of alopecia reports between 2009 and 2019 attributed to usage of teriflunomide, dimethyl fumarate, natalizumab, fingolimod, interferon beta 1a, glatiramer acetate, ocrelizumab, interferon beta 1b, alemtuzumab, cladribine, and rituximab. All reports indicated for MS were counted. We analyzed the total annual reports of alopecia from 2009 to 2019 for each drug and explored age, sex distribution, and report source.
Results: We identified 7978 alopecia reports among 43,655 reports in skin and subcutaneous tissue disorders (18.3%). 3255 (40.8%) with teriflunomide, 1641 (20.6%) with dimethyl fumarate, 955 (12.0%) with natalizumab, 776 (9.7%) with fingolimod, 635 (8.0%) with interferon beta 1a, 332 (4.2%) with glatiramer acetate, 142 (1.8%) with ocrelizumab, 126 (1.6%) with interferon beta 1b, 86 (1.1%) with alemtuzumab, 17 (0.2%) with cladribine, and 10 with rituximab (0.1%). Reports were made mostly by patients for all DMTs (78.1%) and highest in fifth and sixth decades of life except alemtuzumab, which had a higher proportion at younger ages. Proportion of female reports (of combined male and female) were 0.9044 for teriflunomide, 0.8860 for dimethyl fumarate, 0.9215 for natalizumab, 0.9278 for fingolimod, 0.9213 for interferon beta 1a, 0.8735 for glatiramer acetate, 0.9437 for ocrelizumab, 0.9524 for interferon beta 1b, 0.8837 for alemtuzumab, 0.6471 for cladribine, and 0.9000 for rituximab.
Conclusions: We identified frequent reports of alopecia between January 1, 2009 to December 31, 2019 for teriflunomide, dimethyl fumarate, natalizumab, fingolimod, interferon beta 1a, glatiramer acetate, ocrelizumab, interferon beta 1b, alemtuzumab, cladribine, and rituximab. Source of reporting varied per DMT, but was largely driven by patients, except for glatiramer acetate, alemtuzumab, and cladribine. All medications displayed more reports in females. Possible alopecia should be part of regular patient education when starting DMTs.